Limerick is the third largest city in the Republic of Ireland and the county seat of County Limerick in the province of Munster, in the midwest of Ireland. It is on the River Shannon, with three main crossing points near the city centre, and in 2006 the Limerick urban area had a population of 91,000.

Limerick City is one of the country’s main tourist destinations, only a 15-minute drive from Shannon Airport. The city is the first to provide visitors with ‘Street Ambassadors’, people designated to help others around and make their stay more enjoyable.

The Jim Kemmy Municipal Museum, also known as Limerick Museum, is next to King John’s Castle. It contains displays on Limerick’s history and manufactures.

King John’s Castle is a castle located on King’s Island in Limerick, Ireland, next to the River Shannon. The walls, towers and fortifications remain today, and are a visitor attraction. The remains of a Viking settlement were uncovered during the construction of a visitor centre at the site.

The Viking sea-king, Thormodr Helgason, built the first permanent Viking stronghold on Inis Sibhtonn (King’s Island) in 922. He used the base to raid the length of the River Shannon from Lough Derg to Lough Ree, pillaging ecclesiastical settlements. In 937 the Limerick Vikings clashed with those of Dublin on Lough Ree and were defeated. In 943 they were defeated again when the chief of the local Dalcassian clan joined with Ceallachan, king of Munster and the Limerick Vikings were forced to pay tribute to the clans. The power of the Vikings never recovered, and they reduced to the level of a minor clan, however often playing pivotal parts in the endless power struggles of the next few centuries.

The arrival of the Anglo-Normans to the area in 1172 changed everything. Domhnall Mor O’Brien burned the city to the ground in 1174 in a bid to keep it from the hands of the new invaders. The Anglo-Normans finally captured the area in 1195, under John, Lord of Ireland. In 1197 local legend claims Limerick was given its first charter and its first Mayor, Adam Sarvant. A castle, built on the orders of King John and bearing his name, was completed around 1200.

Under the general peace imposed by the Norman rule, Limerick prospered as a port and trading center. By this time the city was divided into an area became known as “English Town” on King’s Island, while another settlement, named “Irish Town” had grown on the south bank of the river.

Thomond Park is a stadium located in Limerick in the Irish province of Munster. It is the home of Shannon RFC, UL Bohemian RFC and Munster Rugby, and has a capacity of 26,500 following its redevelopment in 2008.

The stadium holds a special place in rugby due to its own unique history and atmosphere. The Stadium is famed for its noise during play and the complete silence while home and away players are kicking for goal. Munster also retained an intimidating 12 year unbeaten run at Thomond in the Heineken Cup – running from the competition’s start in 1995 until 2007 when the Leicester Tigers broke the streak with a 13-6 win. It is at Thomond park that Munster celebrated their 12-0 victory over the All Blacks in 1978. 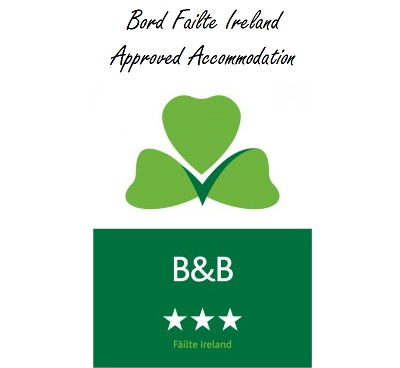